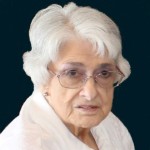 Zelpha G. Watson was born in Beaver, OK, November 6, 1939. She was the youngest of three children. After graduating high school, Zelpha decided to attend college in Riverside, CA. Her freshman year she went on a blind date that would change her life. James Watson and Zelpha Gray were married on June 21, 1958 at First Church of God in Corona, CA. The romance that began on the Jungle Boat Ride would continue to grow and flourish for the next 61 years.
Zelpha spent her life creating a home for her husband and their three children: James, Kristina, and Deborah. No matter what church she attended, she was always in the choir until Jim retired. After retirement, Jim and Zelpha spent many years working as camp hosts at various beaches in the Santa Barbara, CA area. While camp hosting one year, Jim and Zelpha decided to attend Sunday morning services at the Santa Barbara Mission and their journey into the Catholic Church began. Jim and Zelpha were received into the Catholic Church at the Easter Vigil in 2000.
In 2003, Jim and Zelpha stopped traveling and bought a home in Mesa, AZ. They were active in various ministries at St. Timothy Catholic Church for many years. Of all the attributes Zelpha possessed, the greatest was that she was a woman of faith, beginning each day with prayer and Bible reading.
In 2009 Zelpha was diagnosed with Multiple Myeloma. She would battle this disease for the next ten years. In all those years two things remained constant: she never complained, and she never lost her faith.
Her life is best summed up in the words St. Paul wrote in the Second Letter to St. Timothy:
“I have fought the good fight, I have finished the race, I have kept the faith.”
(2 Timothy 4:7 NRSVCE)

Preserve the memories and special thoughts shared
by friends and loved ones with a Memory Book.