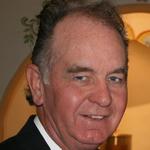 Edward "Skip" John Arendt, 73, returned to his heavenly home on June 11, 2017 after a valiant battle with a long illness. His devotion to his family and his firm belief in God supported him in his struggle and ultimately gave him peace. Edward was born to the late Edward E. and Cathleen Arendt, a captain in the U.S. Navy and a homemaker respectively, in Chicago, IL on December 31, 1943. Edward worked as a machinist in the manufacturing industry and he was a very skilled mechanic, but his greatest accomplishment was being a wonderful loving husband and father. Edward was blessed with a large and loving family. He was married for more than 50 years to his loving wife, Diana Lynn Arendt, on June 18, 1966 in Chicago, IL. Edward helped raise his three children with patience, discipline and humility. He loved spending time with his family, fishing, attending sporting events, traveling, and spending time with his grandchildren.
Edward is survived by his wife, Diana; his sons Kevin, Tom and Ken Arendt; his sister Judy Peplinski; Diane Hartel (deceased); his brother Dan Arendt, and his five grandchildren: Kiley, Kiana, Mason, Tyler, and Colton Arendt. Visitation will be Friday, June 16, 2017 from 5:00 to 8:00 p.m. at Queen of Heaven Catholic Funeral Home, 1562 E. Baseline Rd., Mesa, AZ. Prayer services will be Saturday, June 17, 2017 at 10:00 a.m. at Queen of Heaven Catholic Funeral Home followed by interment at Queen of Heaven Catholic Cemetery.

Preserve the memories and special thoughts shared
by friends and loved ones with a Memory Book.